Would you like to switch to the accessible version of this site?

Don't need the accessible version of this site?

The Power of Letting Go 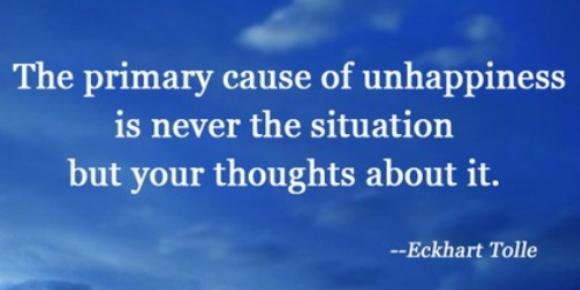 During a recent coaching session, my client (I’ll call her Lisa) became very agitated about a struggle she was having with a family member. She spent the first ten minutes venting about her all-consuming, woe-is-me, storyline. As she continued ranting and defending her position, it was clear she was tightly holding on to beliefs that supported her.  It was apparent that she was seething with resentment and frustration over the situation. “It’s not fair.” “What about me?” “Fuck them, they are so inconsiderate.” “How come no one cares about me and my feelings?”

It was at this point that I stopped Lisa from continuing her negative narrative and began to explore together what was really going on. Through this inquiry, Lisa recognized that her thoughts not only fueled her bitterness but holding onto them caused her great suffering.

Utilizing Body Wisdom Integration (BWI) techniques, Lisa was able to tap more deeply into the cause of her resentment. Separating from her attachment to “the story” and into experiencing her true feelings, Lisa allowed herself to shift from I am angry to I am feeling angry. With this Aha moment, identifying that this was a feeling and not part of her, she began to move into Open Heartedness. From this point, we began to peel away the layers.

Anger:  Who is she to treat me this way? She is so inconsiderate, only thinking about herself, how selfish and insensitive. I’m fed up, it’s always the same old shit.”

Breathing into her body, working with her breath and emotions Lisa began to see these statements as thoughts. With each breath, she released her grip, and her feeling of anger began to subside. As we worked through this layer the next layer was revealed:

Rejection: “Nobody cares about me, I’m all alone, I have no one.”

As we explored this, Lisa realized this was not true. She was able to see that many people cared about her, and she was not all alone. In fact, she was surrounded by a loving, caring community.

Disappointment: “I’m so let down, and frustrated, I really wanted to be part of this.”

Delving deeper into BWI, Lisa tapped into a deeply embedded memory around disappointment.

Lisa started to remember what could have set her off.  She was 11 years old, in a new school and desperately wanted to fit in. It took a few weeks, but she finally engaged with another student, Pam, who was in a few of her classes. Pam was popular… one of the “cool girls”, and Lisa was thrilled to be accepted by her.

Lisa recalled when she had been invited by Pam to join her and her mom on a weekend trip to New York City. She had never been to the city and ran home to tell her parents. Relaying the exciting news, her father cut her off. “No, no way!” he said and looked at her mother, who agreed. Nothing Lisa said would convince them otherwise. She was overwhelmed with disappointment and had never felt so let down by her parents. And worse, she was embarrassed to tell her friend.

Through our coaching inquiry and BWI, Lisa became aware of her story… how feelings of disappointment greatly affected her life. She now understood that when she felt “let down” those feelings often manifested into resentment, frustration, and anger. The impact was tremendous, and here she was 30 years later still giving it power.

With a big exhale, a tear of joy and a huge release, Lisa was free and liberated, no longer a prisoner of an old tale.

Our “stories” can create unnecessary drama as they are frequently fueled by negativity. We often become attached to these storylines, and it takes a willingness to let go of them. When we explore our stories, we become aware of our tendency to take something trivial and perceive it as something more complicated. These unhealthy narratives can become a part of our identity, keeping us in an ongoing state of anger and anxiety, instead of experiencing our full range of emotions. The Power of Letting Go of your stories can be life changing!